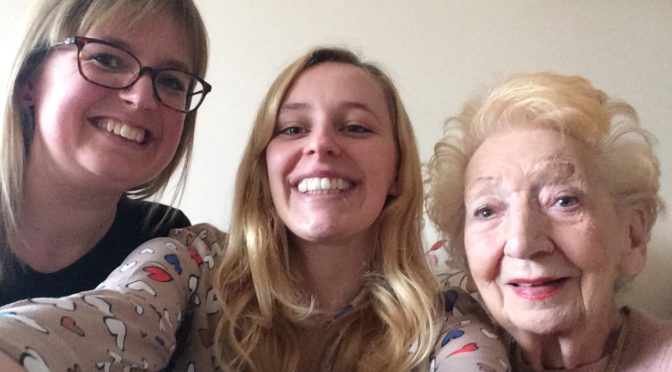 You’ve probably heard us talk about Marjorie Ainsworth a lot here at Cinema For All. Marjorie won the Roebuck Cup in 2016 at the Film Society of the Year Awards, has been part of Manchester and Salford Film Society for 80 years and is an honorary Vice President of Cinema For All. These amazing achievements capture the incredible commitment of this distinguished woman and it’s clear to see her passion for community cinema. What might not be as obvious is Marjorie’s humility. She is often surprised and extremely humbled by the titles and compliments bestowed upon her by her friends, film society committee and community cinema fans at large. 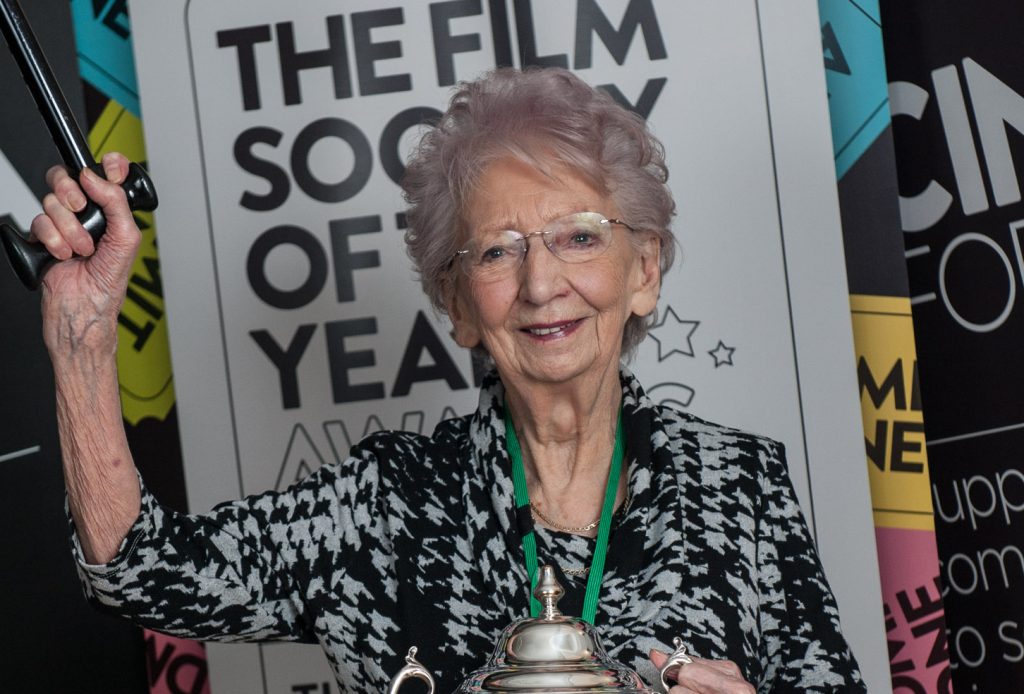 Ellie and I went to visit Marjorie this month (our visit happened to fall on Galentines Day – a day to celebrate the women in your life that you love  which was a lovely bonus) to see how she’s doing and get her thoughts on recent films and more. We arrived at Marjorie’s house with colourful tulips, a box of biscuits and a joy to be reunited with community cinema’s queen once again. Marjorie was the sweetest host and had a pot of tea prepared, along with some star shaped shortbread. The three of us got comfortable on the bright spring day and chatted about how life was going, helpful hairdressers and making new friends. We also asked to see the card she was given at the recent celebration of Marjorie’s 80 years at Manchester and Salford Film Society and her 97th birthday. The card was the size of a large coffee table book and it was filled with kind and congratulatory messages, every blank space bursting with a complete outpouring of love for such a warm and inspiring individual. 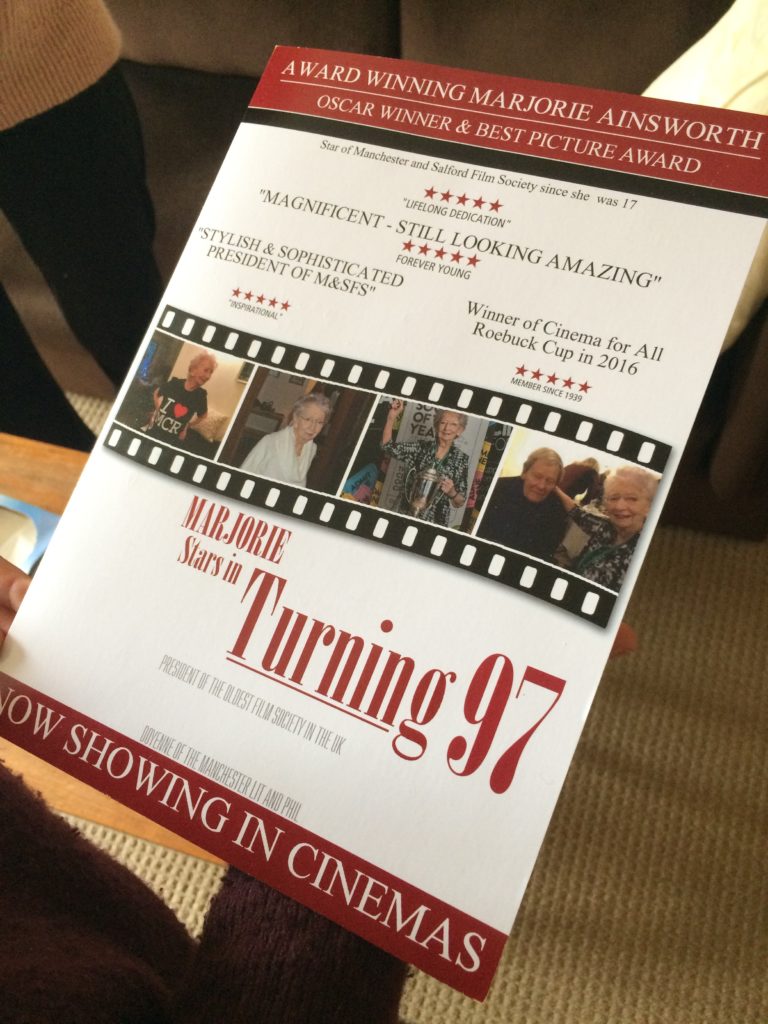 When Marjorie’s not at film society committee meetings  or scooping up awards, she is watching films. What kind? ALL kinds. Ellie and I consider ourselves big film fans and avid cinema goers but Marjorie had seen more independent cinema releases over the last few months than the two of us put together! It was wonderful to hear that Marjorie has recently made some new friends who are as passionate about watching films as she is and now go to the local independent cinema on an almost weekly basis. Some recent viewings included If Beale Street Could Talk and Can You Ever Forgive me? Both which she enjoyed, particularly enjoying Melissa McCarthy’s performance in Can You Every Forgive Me? And noting the film is ‘a lot of good fun’. She also enjoyed Netflix release, Roma and spoke not only of its cinematic merits but informed us about the area of Mexico depicted in the film and how well it was captured. This led us on to talk about places we’ve visited and it was so interesting to hear more about Marjorie’s life. She talks about film with the same exuberance as places traveled and sites film as an incredible way to understand more about the world, a passport into other lives across the globe. Marjorie’s film passport is well stamped and lovingly worn. When we last went to talk to Marjorie for the Cinema For All podcast, she spoke about going to the cinema up to four times a week in the 30s and 40s. It’s amazing to see that decades later her joy for cinema-going remains curious and vivid as ever. 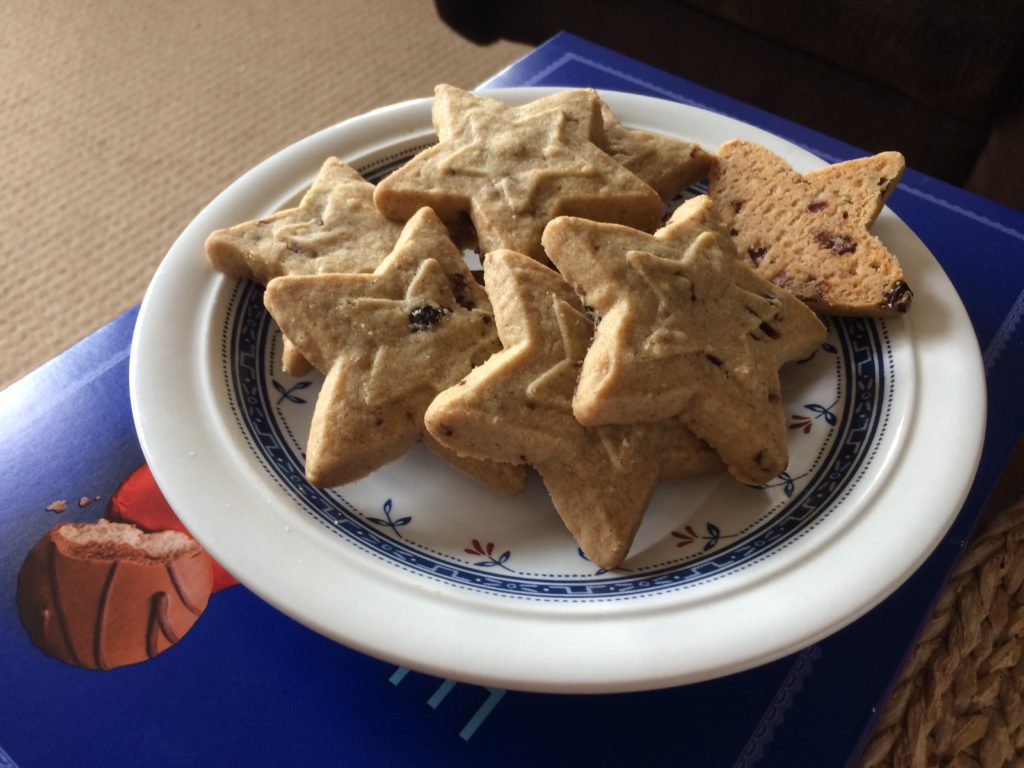 We could have whiled away the hours talking about films with Marjorie all afternoon. Before we left we gave Marjorie one our podcast tote bags, to carry around her DVDs and shopping in style and a copy of the archive film Cinema For All produced last year, Born a Rebel. She graciously thanked us for the gift and said she’d watch the film very soon. True to her word Marjorie watched it the next day and emailed us to tell us how much she enjoyed it and that she’d watched it multiple times. To hear this feedback from a woman that’s spent a life time watching films we couldn’t be happier.

We felt truly lifted from seeing Marjorie and excited to watch even more films. On the bus home after our visit, Ellie and I spent the entire journey marveling Marjorie’s commitment to films, both watching and screening them and her spirited and inquisitive mind. Everyone that is enjoying films, attending or running a community cinema, you are inspirational and enriching our lives, one screening at a time. 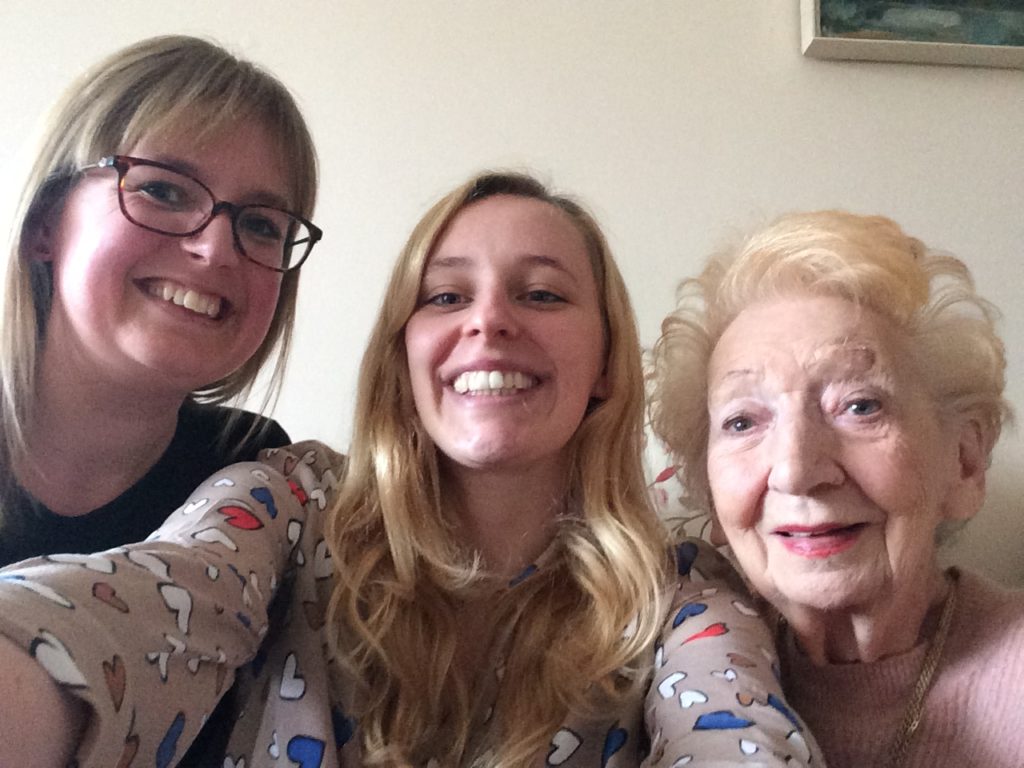