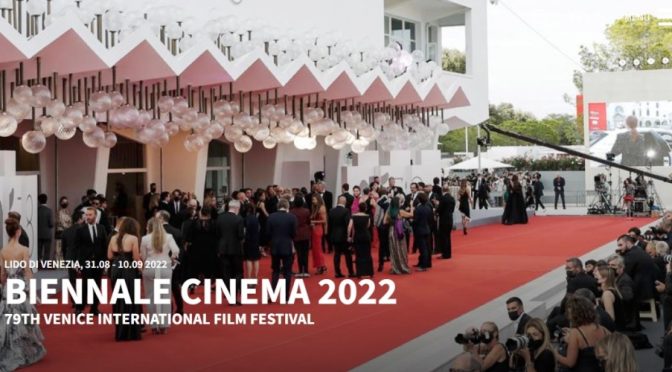 Acclaimed British filmmaker Joanna Hogg makes her Venice debut this year with the ghostly The Eternal Daughter. Why not revisit her breakout feature, the radical Unrelated? Drawing comparisons with Ozu and Eric Rohmer, Unrelated follows a middle aged woman in an unhappy relationship takes refuge with a friend’s family on holiday in Tuscany. Book now.

With the groundbreaking Iranian filmmaker Jafar Panahi’s recent incarceration sparking international controversy, his film No Bears will be playing at this years festival. This comedy-drama, Taxi Tehran, won the Golden Bear at Berlin and went on to be a favourite around the world. The film follows the director driving a taxi fitted with a camera around Tehran, discussing social challenges in Iran with his passengers. Book now.

With Steve James’ new documentary, A Compassionate Spy, premiering at this years festival, it’s the perfect time to revisit his landmark classic Hoop Dreams. When William Gates and Arthur Agee are given the opportunity to attend a prep school and play for a legendary high school coach, they both discover that their NBA dreams become obscured amid family life, economics, and athletic competitiveness. Book now.

Described by The New York Time as “one of the most important filmmakers working today”, Frederick Wiseman will return to Venice this year. His previous Venice favourite Ex Libris: New York Public Library won the FIPRESCI Award at the festival in 2017 and goes behind the scenes of one of the greatest knowledge institutions in the world and reveals it as a place of welcome, cultural exchange and learning. Book now.

All of these films, and over 800 more, available to screen through our Booking Scheme for just £90!