Terry Cloke from Ipswich Film Society reports back on his experience on the jury for the 60th Krakow International Film Festival, which took place from 30 May – 7 June 2020.

What do you do if you’ve spent the last 12 months organising an international film festival and along comes a pandemic lockdown?  The answer for the organisers of the 60th Krakow Film Festival was to turn it into an online event.  I got involved quite late on in the festival planning process.  The April edition of Cinema For All Newsreel sent out a call for a Cinema For All member to potentially represent UK community cinemas on an International Federation of Film Societies (FICC) jury that was judging the short film section of the festival.  I was delighted to find out that my application had been successful, and I joined two other jurors, Mira Rusin from Poland and Chris Hormann from New Zealand.

Our task was to watch the 39 short films that had been entered into the competition for the Don Quixote award.  I am a big fan of short films and so the prospect of watching the 13 fiction, 13 documentary and 13 animation shorts was very exciting.  The topics were wide ranging including humour, violence, paedophilia, abortion, social isolation, climate change and people with special needs.  Not surprisingly some of the subject matter pulled me out of my comfort zone.

To start with I viewed all 39 shorts and gave them a quick reaction rating on a three-point scale of “immediately engaging”, “not sure what that’s trying to say” and “no way would I show this to my audience”.  Several films that had this instant connection.  In the fiction category the Spanish Los Benegalas is the heart-warming story of an ageing amateur pop band on their last tour and coming to terms with the early signs of dementia.  The UK entry Innocence is a crime drama set in a social welfare house for young people with Down’s syndrome.  It features an outstanding performance from Tommy Jessop in the lead role.  One of the most impressive entries from a technical point of view was the Polish Problem.  A single 15-minute tracking shot follows a series of dramas in the courtyard of an apartment building as characters seamlessly enter, leave and re-enter the frame.

In the documentary section a Polish entry, Dad You’ve Never Had, records the director’s attempt to reconnect with the father who abandoned the family when she was in her teens, but can time heal wounds?  A different take on sacrifice is I Need the Handshakes, set in a remote part of Belarus.  It tells the story of 92-year-old Walentyna who has cared selflessly for her disabled daughter, resisting all attempts of the authorities to put her in a home.  But perhaps the most challenging entry in the documentary category was Just a Guy.  The true story of Richard Ramirez, a convicted serial murderer and rapist, and the women who formed relationships with him while he was in prison.

By far the most unashamedly entertaining category of the three sections was the animation.  Surgical masks have been in the news lately.  Beyond Noh is a 4-minute quickfire compilation of 3475 ceremonial masks from around the world choreographed to a superb drumming soundtrack.  Quite hypnotic.  Statistics are another feature of modern life and Swiss animator Maja Gehrig’s film Average Happiness starts with a university lecture on data and graphs that morphs into a colourful kaleidoscope of facts and figures that is visually stunning.  In complete contrast there was the risqué Valley of the Wild Wolves from Estonian-born animator Chintis Lundgren.  It’s the story of Toomas who loses his desk job, starts a new career as a plumber and ends up in Italian porn-movies.  Great fun and follows in the tradition of another risqué animation from the 1970’s, Fritz the Cat.

Our jury met using Zoom and initially we all had different reactions to the three categories.  Each of us spoke about which of the films we particularly liked and those that didn’t engage us.  Hearing how our fellow jury members had reacted to the films prompted us to re-evaluate some of the entries and we agreed to meet again a week later.  At that meeting we unanimously agreed that Innocence by UK film-maker Ben Reid was the winner.  We were impressed by the lead actor Tommy Jessop, who has Down syndrome, and by the use of a crime drama setting to explore an often-ignored section of society.  It was also clear that one other film stood out as deserving of a special mention.  I Need the Handshakes was singled out for the beautiful cinematography and the startling expression of unconditional love of a mother for her disabled daughter.

It has been a real pleasure to be involved in this process and I feel extremely lucky to have been part of this jury and contribute to the Krakow Film Festival.  It was a unique experience and I would welcome the chance to do it again. 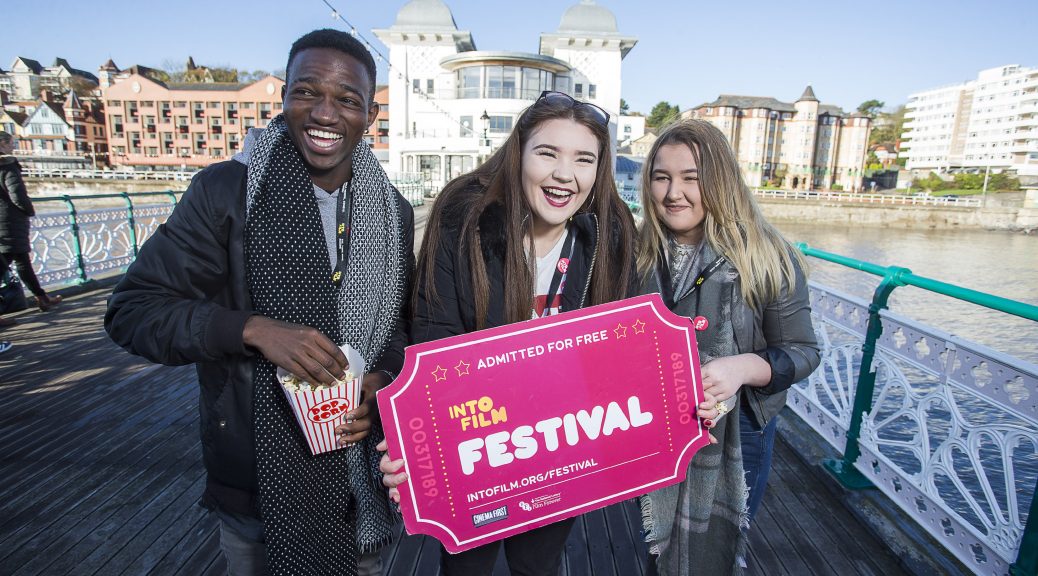