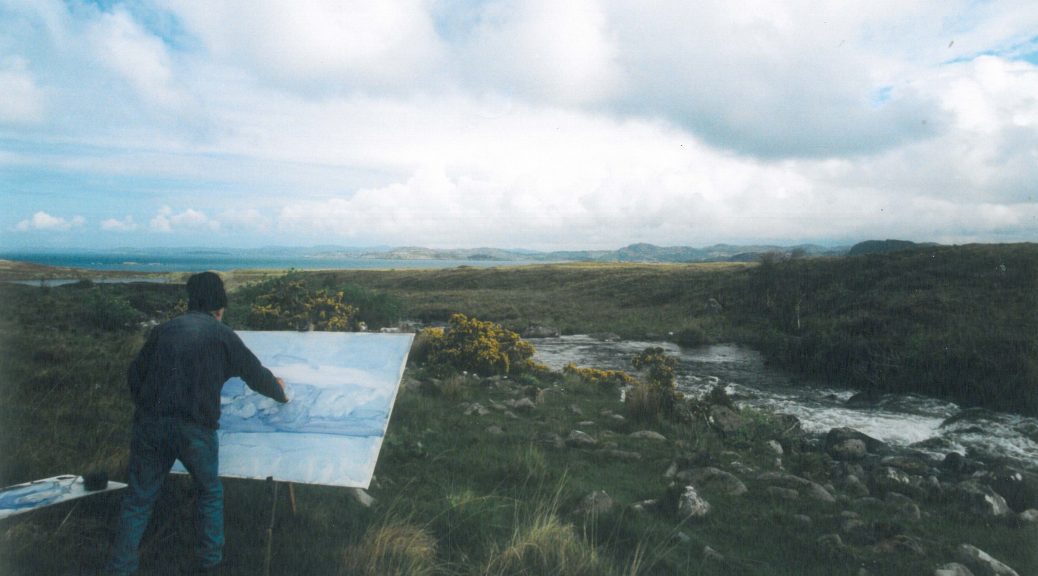 Our kind distribution partners Cosmic Cat have allowed Cinema For All members to watch their two latest documentaries at a discount. Watch these compelling documentaries for just £4.99, simply click the links below. Feel free to share this opportunity with your audience members to join in too.

Eye of the Storm

Widely recognized as one of Britain’s finest landscape artists, James Morrison’s work hangs in the homes of JK Rowling and the Royal family, as well as in museums and private collections around the world. But in the twilight of his life, James loses his eyesight and with that, his ability to see the landscape as others couldn’t. As Morrison reflects on his remarkable artistic journey, from the Glasgow shipyards, to France and the vanishing arctic wilderness, he also confronts his sight loss by attempting one final masterpiece.

Eye of the Storm is a powerful and poignant exploration of the connection between freedom, transcendence and art, through the stormy eyes of a master.

In 1989, Scottish mercenary and ex-SAS operative, Peter McAleese, was hired by a Colombian drug cartel to lead a small team of ex-special forces commandos on a mission to assassinate the world’s biggest drug baron, Pablo Escobar.

With heartstopping drama reconstruction, access to never-before-seen footage of the mission and first person accounts from both the mercenaries and the cartel, Killing Escobar is a documentary thriller that reveals how one man’s violent upbringing in Glasgow, training in the SAS and experience as a mercenary in Africa led him to the jungles of Colombia and the heart of the Medellín cocaine empire.

At 78 years old and returning to the Catholic faith of his youth, McAleese reflects on one of the most ambitious and perilous assignments of his career; the one that pushed him closer to death than any other, a mission to kill the most feared man in the world, Pablo Escobar. WRS Insurance are committed supporters of Cinema For All and the community cinema sector.

As a new Cinema For All member, you can access their fantastic offer of £2,000,000 Public Liability Insurance and and £10,000,000 Employers Liability Insurance, with £1000 all risks cover for equipment (this can be increased) for a discounted rate. This is a huge help when you’re first starting up and have limited funds!

The Cinema For All Member rates are:

Find out more about become a member of Cinema For All here.

If you have any questions about your insurance discount, please get in touch with WRS Insurance or email us on info@cinemaforall.org.uk.