As the festive season approaches we wanted to let you know that the Cinema For All office will be closed from 20 December 2017 and will reopen on the 4 January 2018.

If you are booking the Sheffield equipment over the holidays, the last day you can collect it is 20 December 2017 and the kit can only be returned from  4 January when the office reopens. We kindly ask that you have all equipment booking requests, in any region, for between 21 December and 4 January in hand by 13 December at the latest. To do this please call our Technical Services Coordinator, Jay in the office on 0114 2210314. 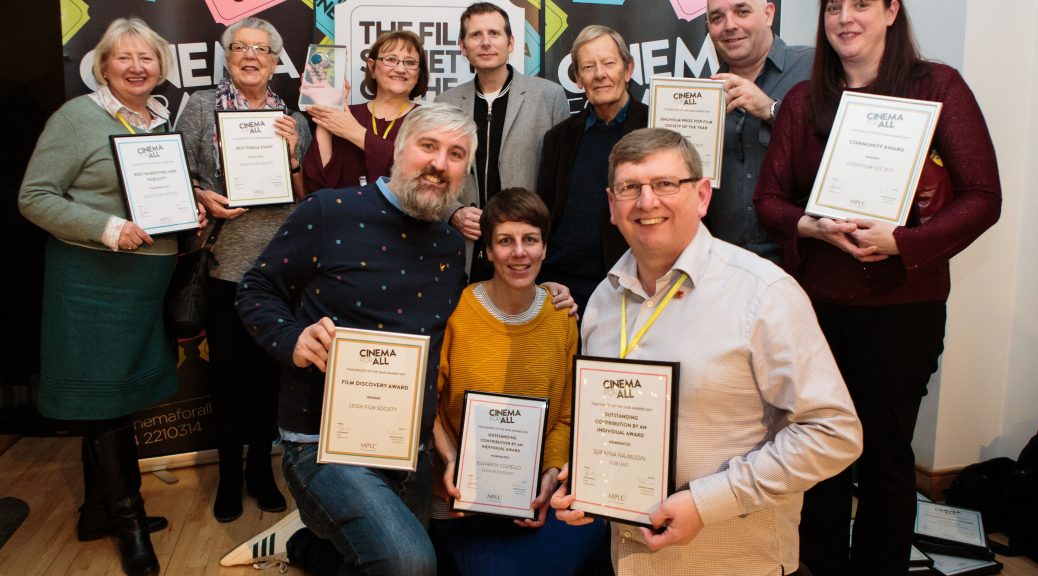 Saturday 11 November marked the 48th Film Society of the Year Awards. Film societies, community cinemas and friends from across the UK and beyond gathered at the Showroom Cinema in Sheffield for the ceremony, which took place during the 2017 Community Cinema Conference.

Presented by Cinema For All Chief Executive Deborah Parker and writer and broadcaster Danny Leigh, this year’s awards celebrated some outstanding and exciting community cinema groups and individuals. Some high quality images of the event can be found here:

We’re very happy for you to use the images in any press or publicity – please credit Cinema For All/ Peter Martin.

Members of Cinema For All are invited to discuss to direction of the organisation at our next Annual General Meeting on 12 November at the Showroom/ Workstation at 13.30. Our members are very important to us, so we do hope you are able to make it. The AGM takes place during the Cinema For All Community Cinema Conference weekend (10-12 Nov, Sheffield). Tickets and full programme info can be found  here: https://www.eventbrite.com/e/community-cinema-conference-and-film-society-of-the-year-awards-2017-tickets-35041463962

As there are two vacant positions on the Cinema For All board, we will be holding an election at this year’s AGM. There are three applications from member organisations: Adam Adshead, Billericay Community Cinema, Peter Mitchell, Octagon Films and Sukayna Najmudim , Film Unit.

In the spirit of inclusiveness and efficiency, Cinema For All would like to invite its members to submit questions to the board in advance of the AGM. Annual General Meetings are a forum for information and discussion of any aspect relevant to the running of Cinema For All and the annual report. The board and staff of Cinema For All are keen to listen to all its members and keep open its lines of communication. Prior submission will allow us to address questions from across the membership within the limited time of the meeting. Board members and staff will also be available after the meeting to discuss any issues that members may wish to raise. Questions should be submitted by email to info@cinemaforall.org.uk by 6 November.

Please get in touch if you have any questions at all and we look forward to seeing you there. 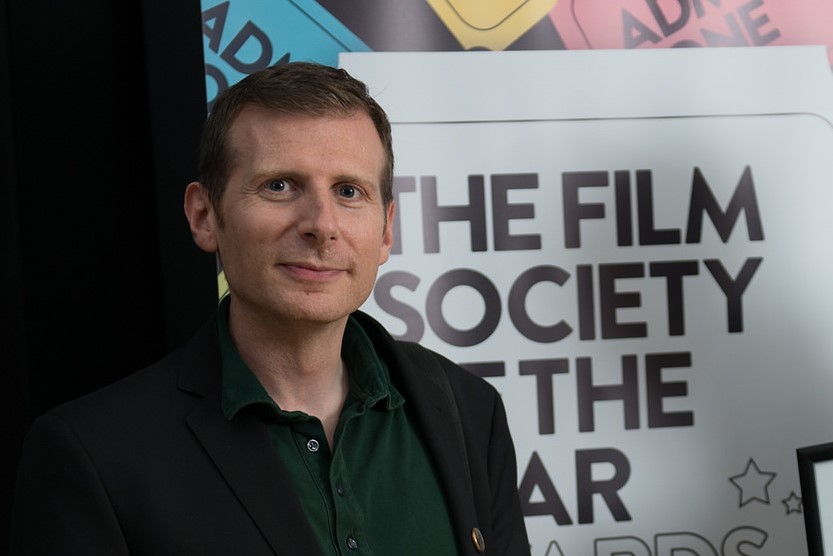 “Film is a joy, but it’s only half as much of a pleasure without a cinema to watch it in – and the cinema is nothing without an audience.”  – Danny Leigh

We are thrilled to announce that Danny Leigh has become a Patron of Cinema For All and we couldn’t be more delighted and proud to have him join us.

Danny is an author, writer and broadcaster, writing regularly about film for The Guardian and Financial Times and is a resident film critic on BBC’s Film 2017. It is clear through Danny’s career that he loves film and his opening speeches at the 2014 and 2016 Film Society of the Year Awards demonstrated that his passion for film extends to cinemas themselves and the audiences watching them. Danny spoke with exuberance about the impressive work achieved by volunteer-led cinemas in reaching out, connecting and welcoming audiences to enjoy films together as a shared experience.

As a charity, it is important for us to have the help of like-minded, creative and encouraging individuals to help spread the word about Cinema For All and community cinema and more importantly to help us achieve the very goal our name states – cinema for all. It is with great joy and gratitude that we welcome Danny as a Patron of Cinema For All and we look forward to working alongside him in the future.

We recently spoke to Danny about his relationship with Cinema For All, community cinema and some of his favourite cinema experiences.

I’ve been a supporter of Cinema For All for a long time, so I was delighted when Deborah and Jaq got in touch and asked me along to help present awards at the 2014 conference. There was some regrettable dancing on my part that year, which I remain apologetic about, but remarkably I was asked back and since then I’ve done some more award-giving as well as film presenting, and it’s always a pleasure. That first year I found myself telling anyone who would listen that Cinema For All were my favourite cinema chain in the world, and I haven’t changed my mind.

How important are community cinemas and film societies?

As a film lover and someone who tries to be aware of the world beyond movies too, I think community cinemas and film societies are vital, and only becoming more so. Giving people the chance to share in a collective storytelling experience is important in itself – but helping create hubs in communities at a time when we risk drifting off into ever lonelier isolation stuck in front of Netflix is a real public service.

What do you think is special about seeing a film as part of an audience?

Film is a joy, but it’s only half as much of a pleasure without a cinema to watch it in – and the cinema is nothing without an audience. Film takes flight in the shared emotion, when we gasp with fear or roar with laughter, or just share being lost in a moment. When we strip out the audience from our experience of films, we abandon something very precious.

Tell us about one of your favourite moments as an audience member.

1984, Ghostbusters, one of the big Leicester Square cinemas – I was 12 and I think I can still hear the rest of the crowd now. And then twice in the last year I’ve been reminded of the power of an audience – a screening of I, Daniel Blake where the atmosphere in the room was enraged and electric, and another watching Get Out, where again it felt like watching that film in that cinema with this bunch of strangers was the most important place to be in the world. (I’d also throw in seeing La Haine, where the whole cinema felt like it was rocking around me, and The White Ribbon, with a packed house in pristine pin-drop silence).

What are your hopes for the future of community cinema?

I think the advent of digital has made laying hands on films and getting them on screen a much more straightforward process, and allowed programmers to revel in the breadth of international film. One of the things I really admire above community cinema in theory and Cinema For All in practise is the way the DIY spirit of the film society dovetails so perfectly with a sense of adventure in the films that are screened. And I think there’s only going to be more and more people drawn inexorably to both.

Deborah Parker, Chief Executive of Cinema For All, on welcoming Danny as Patron: ‘I couldn’t be happier to welcome Danny as a Patron. He has been incredibly supportive of our work and really gets who we are and what we, as well as our members, are achieving for communities across the UK. I am excited to continue working with Danny in his new role as Patron and I’m sure our members will be thrilled at this new development too.’

With thanks to our student volunteer from the University of Sheffield, Linnea Pettersson.