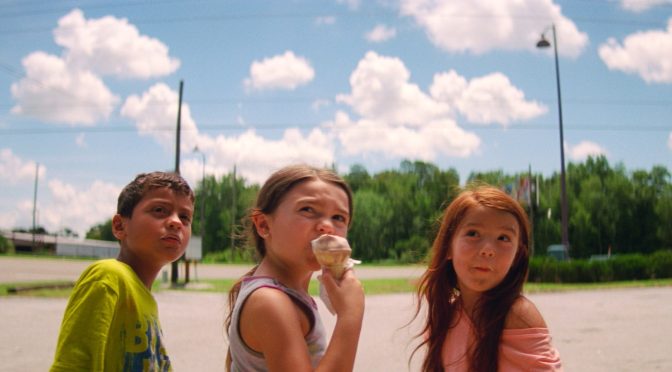 Looking to spice up your summer film programme? We’ve got you covered. We’ve spotlighted just a few refreshing titles to get you through the summer heat, all for just £90!

Premiering in the Directors Fortnight section of the 2017 Cannes Film Festival to wide acclaim, the film follows a precocious six year-old and her ragtag group of friends whose summer break is filled with childhood wonder, possibility and a sense of adventure while the adults around them struggle with hard times. Simultaneously heartbreaking and life affirming. Book now.

Oscar nominated actor Jonah Hill made his directoral debut with this warm, affectionate coming of age tale. Set in sunny Los Angeles, Mid90s follows Stevie, a thirteen-year-old who spends his summer navigating between his troubled home life and the support of a group of new friends that he meets at a Motor Avenue skate shop. Book now.

A modern Mark Twain-esque adventure, The Peanut Butter Falcon tells the heartwarming story of a down-on-his-luck crab fisherman who embarks on a journey to get a young man with Down syndrome to a professional wrestling school and away from the retirement home where he’s lived for the past two years. Set against a beautiful North Carolina backdrop, the film walked home with the Audience Award at South by Southwest. Book now.

Drawing from his documentary background, acclaimed director Jeremiah Zagar creates an immersive portrait of working-class family life and brotherhood that was nominated for 5 Independent Spirit Awards. Manny, Joel and Jonah tear their way through childhood and push against the volatile love of their parents. As Manny and Joel grow into versions of their father and Ma dreams of escape, Jonah, the youngest, embraces an imagined world all his own. Book now.

The Worst Person in the World

Joachim Triers Oscar nominated film is a breezy but profound  romantic drama about the quest for love and meaning. It features a star-making performance from Renate Reinsve as a young woman who, on the verge of turning thirty, as she slowly starts deciding what she wants to do, who she wants to be, and ultimately who she wants to become. Book now.