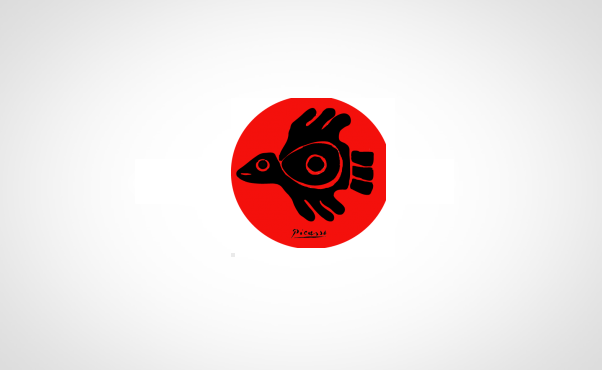 The IFFS – International Federation of Film Societies, is one active member of the international community with members around the world sharing values of democracy, freedom of expression and Human Rights.

The Executive Committee deeply troubled by the news from Afghanistan, expresses its concern and solidarity with all members of the Kabul Film Society as well as the entire film and arts community, and citizens in general.

It was impossible not to preview the recent developments in the present situation in Afghanistan.  Once again a dark age befalls society, but especially on women and artists that keep us concerned for the future in the region.

The Executive Committee of the IFFS – International Federation of Film Societies, hopes for the respect of the Human Rights in Afghanistan, as the only possible outcome for the security of every citizen, the social development and stability. The international community must stand and has to continue efforts for the respect of human rights, particularly the safety of women and children, and the right of free expression, free thinking, and free creation.

The International Federation of Film Societies stresses its support to the freedom of education, creativity, arts, and artists, the Human and Civil Rights. Freedom in general, that is presently under major threat in Afghanistan, but not forgetting the several threats to our values and rights that are being in place in the World right now.

Culture and Education are the only hope for the safety and stability in the country and the region, as in everywhere in the world.

The international civil society has one important role raising awareness and demanding the national governments and international organizations immediate action to shelter the refugees and safeguarding the values of Freedom, Democracy, and the Human Rights.

The IFFS joins in the wake-up call from film maker and director of the Afghan Film Institute Sahraa Karimi, and asks all members and film societies to share it close to their communities and local authorities.

The Executive Committee of the International Federation of Film Societies

Sahraa Karimi appeal to all citizens and organizations:

“To All the Film Communities in The World and Who Loves Film and Cinema!

My name is Sahraa Karimi, a film director and the current general director of Afghan Film, the only stated-owned film company established is 1968.

I write to you with a broken heart and a deep hope that you can join me in protecting my beautiful people, especially filmmakers from the Taliban. In the last few weeks, the Taliban have gained control of so many provinces. They have massacred our people, they kidnapped many children, they sold girls as child brides to their men, they murdered a woman for her attire, they gauged the eyes of a woman, they tortured and murdered one of our beloved comedians, they murdered one of our historian poets, they murdered the head of culture and media for the government, they have been assassinating people affiliated with the government, they hung some of our men publicly, they have displaced hundreds of thousands of families. The families are in camps in Kabul after fleeing these provinces, and they are in unsanitary condition. There is looting in the camps and babies dying because they don’t have milk. It is a humanitarian crisis, and yet the world is silent. We have grown accustomed to this silence, yet we know it is not fair. We know that this decision to abandon our people is wrong, that this hasty troop withdrawal is a betrayal of our people and all that we did when Afghans won the Cold War for the west. Our people were forgotten then, leading up to the Taliban’s dark rule, and now, after twenty years of immense gains for our country and especially our younger generations, all could be lost again in this abandonment.

We need your voice. The media, governments, and the world humanitarian organizations are conveniently silent as if this “Peace deal” with the Taliban was ever legitimate. It was never legitimate. Recognizing them gave them the confidence to come back to power. The Taliban have been brutalizing our people throughout the entire process of the talks. Everything that I have worked so hard to build as a filmmaker in my country is at risk of falling. If the Taliban take over they will ban all art. I and other filmmakers could be next on their hit list. They will strip women’s rights, we will be pushed into the shadows of our homes and our voices, our expression will be stifled into silence. When the Taliban were in power, zero girls were in school. Since then there are over 9 million Afghan girls in school. This is incredible Herat, the third-largest city which just fell to the Taliban had nearly 50% women in its university. These are incredible gains that the world hardly knows about. Just in these few weeks, the Taliban have destroyed many schools and 2 million girls are forced now out of school again.

Please help us by informing your countries’ most important media what is going on here in Afghanistan. Be our voices outside Afghanistan. If the Taliban take over Kabul, we may not have access to the internet or any communication tool at all. Please engage your filmmakers, artists to support us to be our voice. This war is not a civil war, this is a proxy war, this is an imposed war. Please as much as you can share this fact with your media and write about us on your social media. The world should not turn its back on us.

We need your support and your voice on behalf of Afghan women, children, artists, and filmmakers. This support would be the greatest help we need right now.

Please help us get this world to not abandon Afghanistan. Please help us before the Taliban take over Kabul. We have such little time, maybe days.

Thank you so much. I appreciate your pure true heart so dearly.