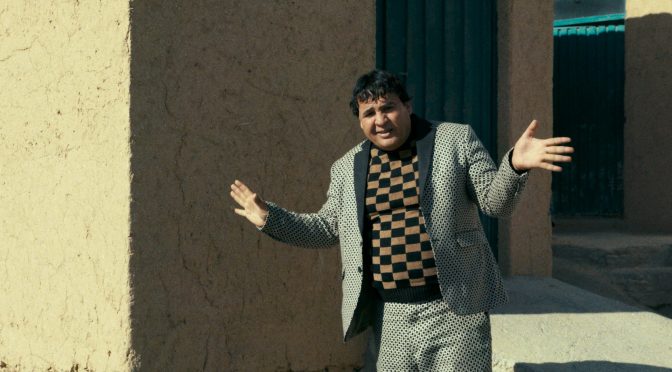 THE PRINCE OF NOTHINGWOOD – BFI FAN NEW RELEASE STRATEGY
BFI FAN are delighted to announce the next film selected to receive BFI Film Audience Network support via the New Release Strategy will be The Prince Of Nothingwood released by Vertigo. Releasing on 15 December.

A joyous portrait of Salim Shaheen, Afghanistan’s most popular actor, director and producer, The Prince of Nothingwood  is a gripping, heartwarming and often funny tale of creativity against all odds. Having made a record 110 films over 30 years, despite no budget and the country’s ongoing war, Shaheen is ‘The Prince Of Nothingwood’, the man behind the movie industry in Afghanistan (aka ‘Nothingwood’).

A larger-than-life character, bred on Indian cinema and greeted by adoring fans wherever he goes, Shaheen smuggles his B-movies into town halls to the delight of transfixed audiences. About to embark on his 111th no-budget feature, director Sonia Kronlund (a radio journalist who has been covering Afghanistan for 20 years and determined to tell a positive story about the country) joins him and his regular troupe of actors on a filmmaking adventure to the traditional heartland of Afghanistan.

The result is a fascinating behind-the-scenes account of Shaheen’s life and work, the art of filmmaking in a war zone and a thoroughly entertaining portrait of this larger-than-life, ebullient character who spends his life making his childhood dreams come true.

Available to book theatrically from 15 December (and on Blu-Ray/one-offs from 22 December), The Prince of Nothingwood provides interesting counter-programming during the Christmas period.  As a New Release Strategy (NRS) title marketing support is available from Film Hubs for cinemas screening The Prince of Nothingwood – contact your local Hub for more information.  As always with NRS-supported films, the film will benefit from an extended regional press and marketing campaign and a comprehensive marketing pack designed to make it easier for cinemas reach a younger (age 16-30) audience.

To request a screener or make a booking enquiry, please contact Michael Wailes on michaelw@vertigofilms.com.