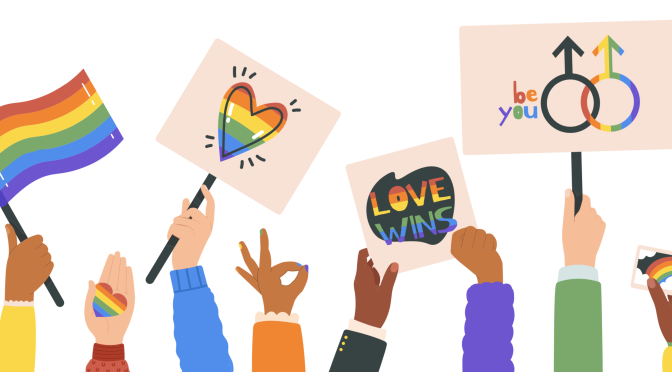 June 2022 celebrates the 50th annual Pride month, a chance to support and champion diversity, and what better way to celebrate with your community than through film? So we thought we’d spotlight just some of our favourite LGBTQIA+ titles available through our Booking Scheme.

Winner of three Golden Horse Awards, celebrated filmmaker Cheng Yu-Chieh’s film is a heartfelt portrayal of unconditional love that explores whether, following the legalisation of same-sex marriage in 2019, Taiwanese society is ready to accept families who dare to break with conventional forms.

Acclaimed director Xavier Dolan was just 23 years old when his film won the Queer Palme at the Cannes film festival in 2012, a moving drama thats charts ten years of the relationship between a Trans woman and her lover.

Hailed as the best film of 2014 by The AV Club’s Keith Uhlich, Love Is Strange tells the moving story of Ben and George, a couple of 39 years who finally decide to tie the knot, and who must rely on friends and family after George loses his job.

The first LGBTQ+ film to ever win Best Picture at the Academy Awards, Moonlight is told across three chapters, following the life of Chiron, a young gay man who must navigate race, class and the pains and joys of first love in a journey of self discovery.

The first Kenyan film to premiere in Un Certain Regard at the Cannes Film Festival, and controversially banned by the Kenya Film Classification Board, Rafiki tells the story of two old friends, Kena and Ziki, and their blossoming romance, as they support each other despite their conservative environment.