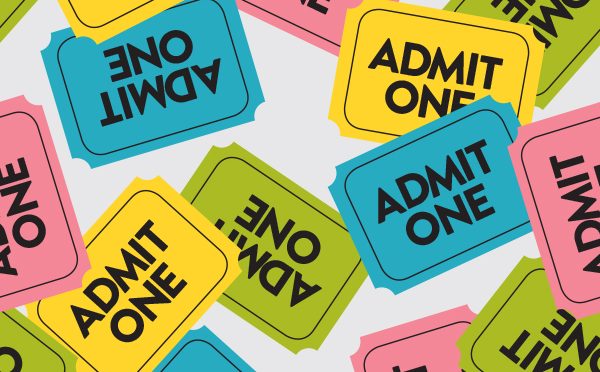 The nominations for the EE BAFTAs 2018 have been announced!

The nominees were revealed this morning, with Guillermo del Toro’s fantasy drama The Shape of Water out in front with 12 nominations. The nominees list includes a wide variety of films, from romantic drama Call Me By Your Name, to Christopher Nolan’s Churchill biopic Darkest Hour, black comedy Three Billboards Outside Ebbing, Missouri, and Blade Runner: 2049.

Congratulations to Loveless, directed by Andrey Zvyagintsev, which is up for Best Film Not In The English Language. The film follows up from Zvyagintsev’s Academy Award-nominated Leviathan (2014), which also won a Golden Globe. Loveless was shown at the Cinema For All Conference in November 2017. The Russian film follows the story of a divorcing couple who have to search for their son when he vanishes during one of their arguments – but the hostile pair fail to notice the boy is gone until two days later. The drama will be released in UK cinemas on 9 February, and is now available to book through our Booking Scheme to screen from 23 February.

The nominees list also features some films acclaimed by audiences and critics alike that are no longer in cinemas. For just £85 for Cinema For All members, here is your chance to screen some of the nominees currently swarming with awards-buzz:

Lady Macbeth, directed by William Oldroyd and written by Alice Birch, is nominated for Outstanding British Film and Outstanding Debut by a British Writer, Director, or Producer. The drama stars Florence Pugh as Katherine, a young bride in 19th Century England who is forced into a loveless, miserable marriage with an older man. When Katherine begins an affair with a worker on her husband’s estate, she decides to stop at nothing to get what she wants.

I Am Not Your Negro was nominated for Best Documentary, in which Samuel L. Jackson narrates the story of writer James Baldwin’s piece on race in modern America in his unfinished novel, ‘Remember This House’, a personal account about the assassinations of Baldwin’s three close activist friends: Malcolm X, Martin Luther King Jr., and Medgar Evers. Filmmaker Raoul Peck imagines what would have become of the novel had it not been left unfinished at thirty pages long when Baldwin died in 1987.

In Best Animated Film, writer/directors Dorota Kobiela and Hugh Welchman’s Loving Vincent tells the story of Armand, a young man who is sent by his father to the final town of painter Vincent van Gogh to deliver his final letter, told in the style of painted animation. The young man finds himself investigating the acclaimed artist’s controversial final days there, as told by his paintings and the subjects that allegedly inhabit them in interviews and reconstructions of the events leading up to Vincent’s death. The film is animated through 65,000 frames of oil paintings in van Gogh’s style, which were created by a team of 100 professional painters by hand. The film had 853 different paintings produced for it. Each painting was used more than once, with subsequent frames painted on top of the existing ones.

Director Sean Baker’s The Florida Project, co-written by the director with Chris Bergoch, follows precocious six-year-old Moonee and her new best friend Jancey, who both live in neighbouring budget hotels in Orlando along a commercial strip for visitors to Disney World. The two girls and their friends run freely throughout the summer and their pranks are the bane of the manager of the Magic Castle Hotel, Bobby’s existence. Bobby, played by Willem Dafoe in a moving performance that earned him a Best Supporting Actor BAFTA nomination, proves his tough exterior surrounds a caring heart as he has made an arrangement that goes around the hotel’s policy against long-term residents are he knows that people like Moonee and her rebellious mother Halley would have nowhere else to go without them. The Florida Project shows the existence of childhood’s vibrant bubble alongside an increasingly harsh adult reality.

Find out who the winners are when the EE BAFTAs 2018 are shown on Sunday 18 February.