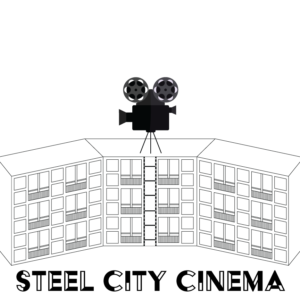 Tell us about your group. How did it begin?

Steel City Cinema is a community cinema based in Sheffield focused around broadening both LGBT and Northern films close to the area. It’s run independently as I was granted the funding from Cinema For All’s Launchpad scheme but I often receive help from friends in hosting the events.

How did you get involved?

I’m the founder of Steel City Cinema and I originally got involved due to already screening films at the university as part of an academic reading group entitled ‘Filmic Reflections.’ The group’s aim was to bring people together to watch films and have the chance to reflect afterwards in a more intimate setting than the local cinema. This would hopefully fulfill a twin aim of bringing the community together and to also encourage reflective discussions on the film.

In order to have a large audience, my programme is often either seasonally themed or inspired by events which are being nationally discussed. I have found this works well as it encourages non-dedicated film fans to take a chance on an alternative film if its being discussed in the media and there is also an opportunity to make the event immersive.

My group is different to others due to ultimately our attempt to combine films screened with the occasional themed after party to make it an immersive event. I also believe that we have a specific focus on LGBT narratives as we attempt to ensure that a range of our films screened are either themed around LGBT issues or have an LGBT director. 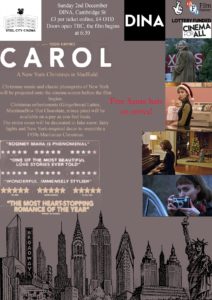 How do you engage with your audience?

I have found that my audience is primarily students and people in their twenties alongside occasional families dependent on the film programmed. I have attempted to engage with them through social media and also creating encyclopaedic Letterboxd-inspired zines to provide a different experience to other cinemas.

I have engaged with my local community through print advertising and also competitions on the Facebook page. I have also contacted organisations such as Andro and Eve and Grimm and Co with perhaps the possibility of working together in the future. 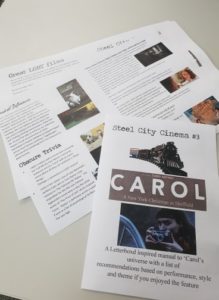 Venue hire has been an enormous challenge for our organisation due to moving around various locations in Sheffield. This has been due to ultimately researching if our audience would prefer a city-centre or village cinema and also finding a space which accommodates our budget as a small organisation.

One challenge which I have faced is finding the perfect middle ground between getting bums on seats and also screening a film outside of the cultural mainstream. Also, the dilemma of screening a film that entices audiences which they are not jaded with and will encourage them to leave their house on a rainy Sunday afternoon. I have found that this is a middle ground that can never be truly fulfilled but programmers just sometimes have to take a chance on audiences.

Why would you recommend that other people join a community cinema?

I feel like it provides a great opportunity for discussion around film outside of an academic environment. It’s also a great opportunity to bring communities together with a decline in local venues such as community centres and social clubs in recent years.

I’m particularly loving the work which ‘Above the Line’ are doing in Manchester at the moment with a new bar called ‘YES.’ They have screened a Valentine’s Day double bill of Amour and Blue Valentine, I’m also really excited for their upcoming coming of age double bill of Boyhood and Ladybird. 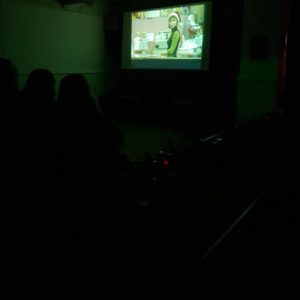 What is coming up next for Steel City Cinema?

We currently have two ideas in the pipeline – one is a ‘dysfunctional families’ double bill with The Royal Tenenbaums and Dogtooth to coincide with The Favourite’s success in academy circles. I would also perhaps like to host a 1970s New York themed event with Taxi Driver and the Studio 54 documentary screening alongside perhaps a range of DJs playing disco music of the period afterwards.

If you want to hear more about Steel City Cinema, follow them on social media: