We believe that no film society is ever just about the screenings and we make no exception. We are a community. We are friends. We are family. – Luca Ferrara, President

We are UWSU Film Society and we are the biggest and longest running film society of the University of Westminster Students’ Union. We are based in London – more precisely at the Harrow campus of the University and we host all of our screenings in a cinema-like venue called “The Auditorium”, part of the University of Westminster facilities. The Auditorium can house 212 people and we screen films from a refurbished cinema projector and 7.1 surround sound system. Our Committee gets renewed every year and counts on a variety of roles including President, Vice-President, Marketing Director and Screening Producers. 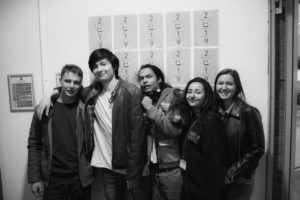 How did you get involved with your student cinema?

I have been the President of the UWSU Film Society for the past year, since May 2018, and I am now ready to hand the presidency over to someone new very soon, having decided not to run for a second term. I got involved with the Society early on in my first year at the University, acting as the Society’s Lead Projectionist for several months before being elected as its President last spring.

The vast majority of our audience is made up by University of Westminster students from all courses, though we welcome external guests from the local community from time to time. We firmly believe in providing a Society experience that goes beyond film screenings, and thus work hard on building friendships and creative partnerships among our members, that can live beyond the Society. We provide food and drinks at each of our events as a way of making the Society warm and welcoming, while also organising social gatherings whenever we can during the week.

We welcome a small number of external guests from the surrounding neighbourhoods at each of our screenings, providing free quality entertainment and open discussion to whoever shares our love for film-watching.

At the UWSU Film Society, we are committed to screening a huge variety of films that range from Hollywood blockbusters to independent products, with a special focus on foreign productions (to be presented in their original language) that make up a huge portion of our programme to reflect the international community of our Society and University. We choose films democratically either through a Committee consultation or by asking our members about their favourite films and what they would like to see.

The UWSU Film Society proudly organises a yearly short film festival which is open to anyone in the city of London and beyond, accepting international submissions from all over the world. 12 Jurors spent months watching and evaluating more than 400 short films on the FilmFreeway platform, only to choose the best 16 pieces of work to be included in our Official Selection. On the 26th of March 2019, the Westminster Film Festival 2019 gathered a lively audience of filmmakers and film-watchers at the UWSU Film Society for a 4-hour cinematic spectacle and networking event like no other. 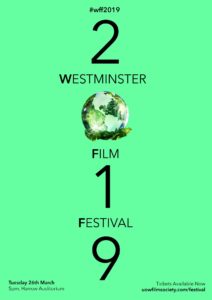 The biggest challenge in running a Students’ Union film society is the fact that all Society activities (including organisation and financing) happen alongside the academic work – thus requiring a lot of careful time management and extra efforts.

As a film production student, the art of programming film screenings has given me a powerful insight into the dynamics of film distribution, allowing me to stay in touch with the expectations of an audience and the ever changing taste of the public.

The opening of the Westminster Film Festival 2019 will be a memory from the UWSU Film Society I will forever carry in my heart. Making a speech in front of a packed audience, brought together by the love of film and independent productions, while music plays in the background and the introduction trailer is ready to play on screen cannot easily be forgotten. 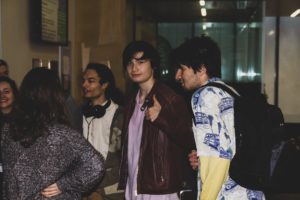 Finally, what advice do you have for anyone considering getting involved with community cinema?

Community cinemas are the absolute best way for any film-lover to meet like-minded people to share experiences and opinions with. They are a testing ground for one’s commitment and dedication, often proving to be an excellent way of trying out volunteering activities that bring people together, while benefiting whole communities.

If you want to hear more from Cine-Sister, follow them on social media: