Sukayna Najmudin has a long-standing love for volunteer-run cinema but took on a new challenge, setting up a brand community cinema in her local area in Kings Heath, Birmingham. A two-year dream came to fruition with their first screening in January… 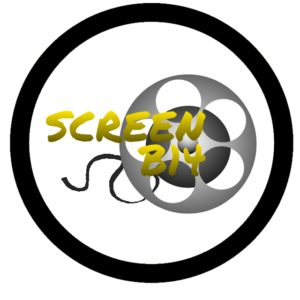 Why did you decide to set up community cinema Screen B14?

At university, I was part of a student-run cinema but I had no idea that community cinemas were a thing. In my final year, I was invited by Cinema For All to be a panellist at their annual Student Cinema Day. This was when my eyes were opened to the whole volunteer-led cinema movement, something I have been a champion of ever since, and I knew this is something that would be the perfect fit for my local area of Kings Heath in Birmingham. Attending the 2017 Community Cinema Conference, I began building on my initial idea, but it remained in my head as a distant dream. It wasn’t until I moved home a year later, I decided it was time to make it happen. I started talking about my idea with everyone and three of my friends were eager to help me with this. From there, the four of us formed a working group taking us from our first meeting, brainstorming names, to our first screening, three months later! 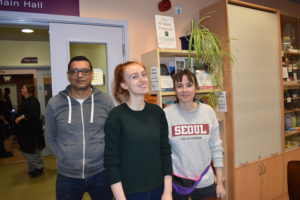 Who makes up your team?

Beyond our initial working group, we were able to recruit around 10 volunteers, and we now have a volunteer committee of 12 members, plus 5-6 volunteers who aren’t on our current committee. We put out open call on local facebook groups for volunteers, which we found was a great way to find the people in the area who are engaged and keen to work to build something for the community, by the community. We’ve managed to recruit a great range of volunteers from their early-20s to their 60s, with so many skills that we’ve been able to utilise in various ways.

As much as it might feel easier at times to do everything yourself, especially if you’re really passionate about a project, this experience has taught me that what we’ve created is so much better with different people contributing. More importantly, you are there to support each other. I’m certain, if I was doing this alone, I would have convinced myself that I shouldn’t be doing something like this and I would mess it up, but the team have really supported me and their enthusiasm has driven me forward!

Tell us about your audience…

Kings Heath to me is the perfect area for a community cinema! It has a real sense of community, with a diverse range of people living in the area and there is always a whole host of interesting events. This means that we have had a really positive reception from our local community with and average audience of 55 over our first three screenings. We have a few people who have been to all of our screenings, which great but we still have  a lot to do to convince more people that they should give us a go!

More importantly, my personal belief is that community cinemas offer something that mainstream cinemas won’t. This means that we can show all of our main features with subtitles, which has been very popular with our audience. Along with this, we have an inclusive ticket policy with tiered tickets prices and the audience can pay what they feel they can afford from this range. Our aim is to provide an affordable and accessible alternative to other cinemas. 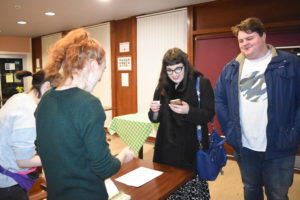 How much does it cost to set up a community cinema? Have you received any funding?

I won’t lie to you, setting up a community cinema is not cheap! From my previous experiences, I knew that we would have to pay for a film license, (starting from £100), venue hire and equipment. After searching the area, we found our first venue for £180. We knew many people paid around £50 but we couldn’t find anywhere else and we were keen to get started. This put a lot of pressure on us to get a big audience! Thankfully we found somewhere else for following screenings at half the price. We currently hire our equipment from Cinema For All and Black Country Touring for £25. On top of this, we have other costs we hadn’t originally expected… we sell our tickets through Ticket Tailor for £22.80, have public liability insurance, which you can get at a great rate through Cinema For All, a Cinema for All Membership (which for us has 100% been worth it!), and PRS Music licenses. Often you won’t realise about all of these costs until you start planning your first screening. It can feel like a punch in the face, especially when you don’t have any funding, which we don’t but there are ways to cut costs and break even. I’ve been funding what we’ve been doing to date, which, I won’t lie, can be stressful at times, wondering if we’ll ever break even, but how many people can say they took a risk on something they were passionate about? Be realistic with your ticket prices, and don’t worry about small losses (easier said than done!). Now we have a few screenings under our belt, we have a better idea of our identity and our demographic, we will be using this to apply for funding to ease the financial burden. 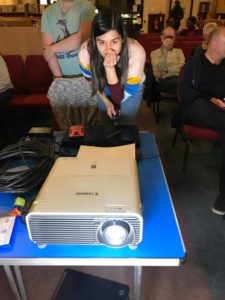 How do you select your films to screen?

It’s important to us that we show a wide range of films, as well films that local people want to see. We don’t want to alienate potential audiences by exclusively showing independent and foreign films, but we still feel they have a place in our programme. The way we have tried to provide a balanced programme is by setting loose themes each month. For example, in March we showed an F-Rated feature to tie in to International Women’s Day, in April we will show a family-friendly film and in May we’re showing Japanese hit, Shoplifters. For our first film, we chose Black Panther, which as well as being a commercial success, was a film that championed diversity! Before each of our main features, we show a short film, taking us back to the old days of cinema with double feature, also giving us the opportunity to showcase young and local filmmakers, with films that won’t often be shown to the public.

What was the hardest part about setting up a community cinema?

Naturally, with anything event based, things will will go wrong at a screening, and working with volunteers can bring its own challenges but I think the hardest part about setting up a community cinema is figuring out a lot of the admin and having the confidence in yourself to keep going. Since starting, there have been so many things to deal with that I never had to do within an existing student cinema.

We’ve had to write a constitution, open a bank account, arrange for insurance, put in funding bids and I still haven’t figured how to deal with the money (it would be a real help if anyone could tell me if I have to pay tax!). It can be a bit daunting to start with, especially as a young person who’s never done a lot of this before. But there are so many places you can get help and advice. Cinema for All, Film Hub North and other community cinema organisers have been such a help! I used the UK Film Societies and Young Film Programmers groups to get advice on selling refreshments and finding short films to screen respectively. Plus sometimes, you just need to take a leap of faith and make a calculated risk on something you believe in! 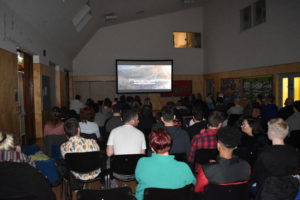 What is next for Screen B14?

We are keen to make Screen B14 a real part of our community so we’re looking at ways that we can increase our outreach work. We’ve been lucky to be awarded some funding, which we will put towards a project working with some local schools. We will also look for ways to work with local business and charities, to find ways to collaborate to serve the people of Kings Heath. We also really want to purchase our own equipment in the long run so we can do pop up screenings in different venues, but also have some more flexibility with our regular screenings, perhaps introducing regular matinees for families! Most importantly, we want to keep driving forward with the same enthusiasm and energy we currently have!

If you want to hear more from Screen B14, follow them on social media: