Cine-Sister stands out because it combines screening films by women with practical workshops, to teach women filmmaking skills and film history, with a focus on helping to develop a film culture in the local community – Emily Steele, Founder. 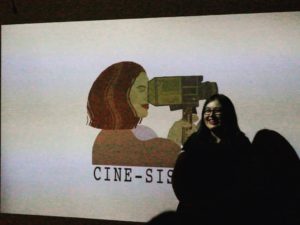 How did you get involved with Cine-Sister?

I founded Cine-Sister and currently, I’m the sole organiser and programmer. I started Cine- Sister when I left my BA in filmmaking as a way to promote female made films, beginning with a short film screening as part of Wonder Women festival in Manchester in March 2017. When I moved back to Peterborough to commute to do my MA in Film Programming and Curating in London, Cine-Sister was embraced by the local community here and as a result I have been able to do a wide variety of projects and screenings.

My audience is a mixture of people from different backgrounds, looking to see something new. Peterborough is a city without an arts cinema, so people come to Cine-Sister, as well as other film organisations in Peterborough for films, alternative to the mainstream blockbuster. I usually draw people in with trailers that I edit myself, and Cine-Sister is usually in the newsletter of whichever venue I’m using. We also have a strong social media presence across Facebook, Twitter and Instagram. With my programming, I try to be as representative as possible for the people in Peterborough, showing films from and about a diverse range of ethnicities, genders and sexualities. I also try to bring larger projects to Peterborough such as the BFI Comedy Genius tour, for which I screened The Marvellous Mabel Normand package from the ICO.

I engage with my community by running workshops and taking part in wider festivals such as Peterborough Women’s Festival, Peterborough Pride and various events at Peterborough Museum, for which I haven’t charged for participants. The mobile filmmaking course was a great opportunity to engage with the local community by skill sharing and supporting women to tell their own stories. 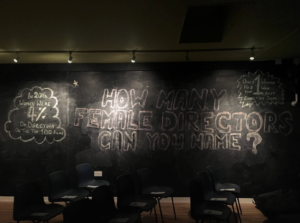 Cine-Sister shows films made by female-identifying filmmakers in a leadership roles. With our short film screenings, these are selected through mixture of submissions through Filmfreeway, films I find online, see at other festivals or I have been told about. Of course, these are always shown with permission of the filmmakers. I am drawn to political, uplifting and empowering films, but occasionally also a bit of comedy. I like to have a range of documentary, animation and fiction with the shorts. I don’t think there’s anything better than an audience member feeling like they learned something or thought about something differently, but also had a good evening celebrating the talents of women.

We have a special screening of the work of the women on the Cine-Sister Mobile Filmmaking course in February (Date TBC) and a free screening of short films on the 14th of March as part of Peterborough Women’s Festival 2019. I’m also developing a film festival for Peterborough which will happen towards the end of 2019.

I think as a young programmer, you really have to, at least appear confident, because so much of programming is championing something that you feel passionate about and you have to be ready to justify your choices. I am nearly 24 but I have been doing this for over 2 years now, and it’s like most things, you get better with practice. Starting at an earlier age just means I have had more time to practice, so that’s a benefit. The main challenge is getting people to take your ideas and projects seriously when you’re young.  It can feel like you need to prove yourself as you don’t have as much experience. However, I have benefited greatly from young creative schemes in Peterborough and other cities that elevate young people’s passion projects.

As with most organisations, I’m sure the answer is mostly money. I would like to do more ambitious projects with Cine-Sister but often can’t afford it. When I don’t have funding, I pay for Cine-Sister’s activities myself. 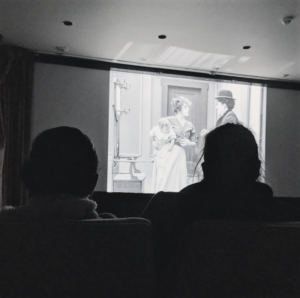 I don’t know if this counts as community cinema but, the silent film all-dayer at Abbeydale Picturehouse in Sheffield as part of Yorkshire Silent Film Festival was magical. Twelve hours of silent cinema with live music with a fantastic variety of silent cinema

I think, to start or join a community cinema, you’ve got to be really passionate about your mission statement. Is it to showcase women’s films? Is it to bring film to your area that they wouldn’t normally get to see? Is it to increase diverse representation in other ways that is relevant to your community? Is it just to have fun watching horror films with a bunch of other fanatics? Because, when you know what you want to do with it, it gives you a goal to get through the challenging times.

If you want to hear more from Cine-Sister, follow them on social media: