The BFI Future Film Steering Group is a collective of young programmers that organise screenings and events for people in their age group.

We are based at the BFI Southbank in London, which consists of 4 cinema screens, as well as a free-to-visit mediatheque, library, shop, and places to eat. The group meets once a week to take part in various things: one of the main activities we do is called ‘Future Film Recommends’, which is where we select four films from a BFI season that we would recommend to other people our age. Out of these four films, we select one that we think is particularly interesting and deserves delving in to deeper, to host a post-screening discussion about. These take place once a month, and anyone between the ages of 16 and 25 is welcome to come along to the discussion for free.

We have a really rich and varied repertory programme to choose from. We’ve discussed films from Persona to Mean Girls! We always look to produce and create exciting and inclusive events. 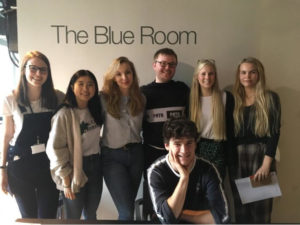 How did you get involved with the BFI Future Film Steering Group?

I got involved in the group after applying to volunteer at the BFI and Radio Times TV Festival in 2017. I was studying film at the time and wanted to get hands-on experience in the industry. My application wasn’t successful as they were looking for people with extensive festival experience, but the coordinator suggested that I apply for the Steering Group. Funnily enough, almost two years later, the group were asked to pitch ideas for events aimed at 16- 25 year olds for the 2019 edition of the TV festival, and my pitch was amongst those chosen! It was really rewarding to see the progress I have made by being a part of the group for the last two years.

We each participate as little or as much as we can. Since we all have different availabilities – some of us are students, others work, and some of us are doing both! – there is a lot of flexibility in how we participate depending on the time we can contribute. It depends on what our personal preferences are and what we want to get out of the group, so when I (Alex) first started, I was interested in the opportunity to practice public speaking as it was something I always found challenging, so I would often volunteer to introduce the films and host the post-screening discussion. Another big part of what we do involves the BFI Future Film Festival, which takes place every year at the BFI Southbank. The group pre-select submissions for the short film programme and help to curate the feature film programme, which is always lots of fun and a really useful experience. 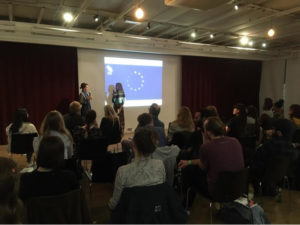 Our audience for Future Film Recommends is 16-25 year olds who either already love film, or are eager to learn more about it. As the BFI shows mostly repertory titles, our audience are interested in seeing ‘old’ films on the big screen, sometimes in their original format. Everyone in this age bracket is welcome to come and have informal discussions with us after our Future Film Recommends screenings. For example, at our recent screening of ‘The Shining’, we had Kubrick fans who had seen the film 27 times and newbies who had watched it for the first time that evening. We try to choose titles from the BFI programme that are appealing and accessible to a wide variety of people, even if they are not familiar with a particular genre or filmmaker.

The Future Film Festival audience is mostly made up of emerging filmmakers. They attend the festival with a day or weekend pass to see industry talks and workshops as well as short film and feature screenings. The film screenings are marketed as part of the whole festival, but we try to make the programmes varied and international so there’s something that will appeal to everyone. 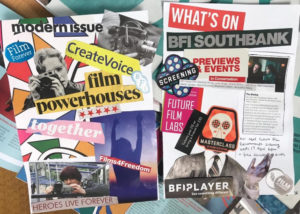 For our Future Film Recommends strand, we select films that are part of the BFI’s public programme to recommend to young people aged 16-25. For example, as part of the ‘Working Class Heroes’ season, we chose several titles to recommend and picked ‘Morvern Callar’ to discuss at a free post-screening discussion open exclusively to 16-25s. For the Future Film Festival, we select feature films according to a theme (e.g. women directors under 30, micro-budget) and short films made by 16-25 year olds. These can be a variety of genres, themes and filmmaking styles; the goal of the festival is to showcase the best films made by young filmmakers who have submitted their films from the UK and around the world.

We just held possibly our most special event last month! We took part in the London City Takeover, where youth collectives from various arts institutions in London were given free rein to devise events over a weekend at their respective institutions. We chose to put together a short film programme focusing on the creative and political agency of young people today, and it was exciting to see what an impact our curation had on the demographics of the audience we drew in and the communal vibe that came from that.

In June we will be holding a post-screening discussion for one of the films in the Claire Denis season at BFI Southbank- we haven’t agreed yet on which title we will opt for, but keep an eye out on our Facebook page as it will be announced soon! I should mention that 16-25 year olds can get £3 tickets for screenings if you book on the day. I mean, where else are you able to see Claire Denis films at such an affordable price? 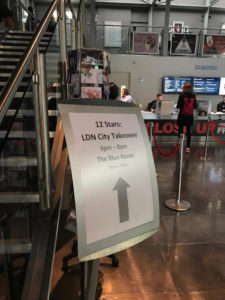 The group have always strived to have more autonomy over our events and to be able to experiment with what we do, and we often get a bit carried away when it comes to ideas of what we would like to achieve when you bear in mind that it has to fit in with the rest of the BFI’s regular programme! The BFI has been really supportive in allowing us to share our ideas, and it’s great when we’ve seen them come to fruition; we’re always pushing to produce stimulating and welcoming events for young people. Overall, being a young programmer is a great way to broaden your cinematic horizons, and talk about films with people who eventually become your friends. 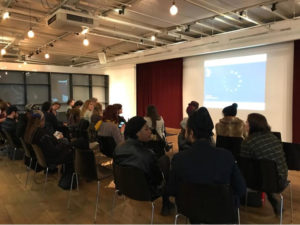 Finally, what advice do you have for anyone considering volunteering in cinema?

Joining a programming group is a great opportunity if you are interested in a career in film, or even if you’re not! It will give you a motivation to engage with Cinema regularly. You will definitely watch and discuss films that you wouldn’t normally choose as your ‘evening at home’ screening or that you wouldn’t even know existed. Also, having a chance to discuss a film with others right after watching it opens up a whole new perspective, gives you regular ‘film critic’ training, and enables you to go back to details that you probably missed but someone else noticed (and vice versa).

Being a part of a programming group can be an act of greater good for cinema: nothing can replace a big screen in a dark room. If you are interested in getting involved, it can be intimidating at first, but I would advise to keep going after the first few meetings/screenings. You will create a bond which will then get you into the habit of visiting the cinema regularly, sharing your passions, and growing your skills with other people. Soon you will feel at home and even have your favourite seat number!

If you want to hear more from BFI Future Film Steering Group, follow them on social media: