Amanda Craig, founder of She’s En Scene, answered some of our questions about setting up and running a community cinema with the values of empowering and supporting women in her community. 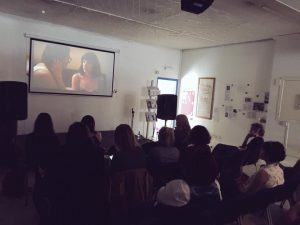 She’s En Scene is a Glasgow women’s community cinema screening films made by women.  Our mission is to provide safe spaces where women can watch, discuss, debate and create films together and empower one another. We believe by screening films directed or written by women with female perspectives at heart, we encourage and promote empowerment and support women’s filmmaking potential.

We have a team of volunteers from all walks of life who are involved in planning and facilitating all our screenings and discussions.

We’re the only women’s community cinema in Glasgow with the aim to empower female audiences and local female filmmakers. We’re a socially motivated cinema, all the women who volunteer with us want to see change and be a part of changing other women’s lives and the film industry.

Why did you decide to set up this organisation?

I founded She’s En Scene in 2017 from personally experiencing inequality and isolation within the Scottish film industry. I left university with a TV & film degree but very quickly fell into a severe depression and became isolated. I struggled with anxiety, unable to secure employment and was intimidated by networking events and groups. That’s when I created She’s En Scene, a safe space where women could watch, discuss and create films together and support one another without fear of judgement.

The Scottish film industry is a boys club and especially in technical roles, gender stereotyping is constantly at play. Women aren’t hired enough in technical and creative roles and around the world, there’s still a huge lack of female directors, writers, DOPs, camera operators, sound & lighting engineers, etc. In Scotland, there are even less women holding these roles because the film industry here is so under-funded. We’ve been waiting years for a film studio to be built in Scotland and there’s still no news or confirmed date for it.

The best way to overcome inequality is by working together, supporting one another to make change. This is just one of the reasons I started She’s En Scene. When the industry isn’t creating or supporting spaces for change to happen, then you’ve got to do it yourself!

All our screenings, discussions and workshops are for female-identifying and non-binary people so this is our main audience. We have a Facebook, Twitter and Instagram where we regularly update about our upcoming screenings & announcements.

We’re a travelling cinema so we go directly to community centres, community halls and local venues in Glasgow to deliver our screenings so we’re reaching as many women as possible within the city. We collaborate with community organisations and projects and we’re always very keen to work with those who have similar social aims. Women empowering women! 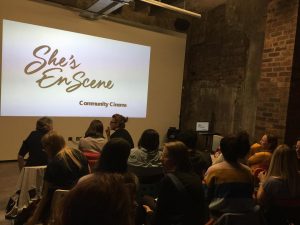 We’ve faced financial struggle like most start up community cinemas do at the early stages but the support we’ve received from audiences, community organisations, funders, other community cinemas and Cinema For All has been absolutely invaluable.  If you’re just starting your community cinema, seek as much support as you can and work with other people who have the same aims and objectives as you!

On Thursday 22nd November, we’ll be hosting our first ever ‘Glesga Women Make Films’ event where we’ll screen films made by local Glasgow female filmmakers accompanied by a screening of Ratcatcher  by Lynne Ramsay. We’re keen for She’s En Scene to be a safe space platform for female filmmakers to screen their early work. We’re also screening Enough Said directed by Nicole Holofcener on Thursday 6th November at Milk Café in Glasgow.

I have a few! There’s a community cinema in Glasgow called Pity Party Film Club who hosted a screening of Hedwig & The Angry Inch with pre-screening drag acts and karaoke afterwards. I really loved the whole event, they were great hosts. They screen wonderfully unusual films so would definitely recommend.

For Halloween, I went to Matchbox Cineclub’s screening of The Witch with Kate Dickie Q&A and it was the best Q&A I’ve ever attended. It was a really intimate and special screening. Lastly, Video Namaste’s screening of Stone Cold is a screening I’ll never forget, funny, original, very well organised event.

Finally, why would you recommend that other people join a community cinema?

Just go for it! Do it! You won’t regret it! You’ll meet pals, you’ll watch films, you’ll gain knowledge, you’ll love it!

If you want to hear more from She’s En Scene, follow them on social media: 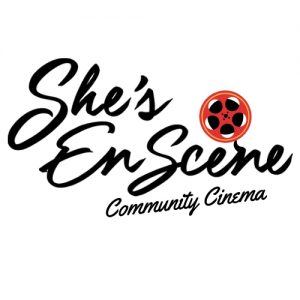