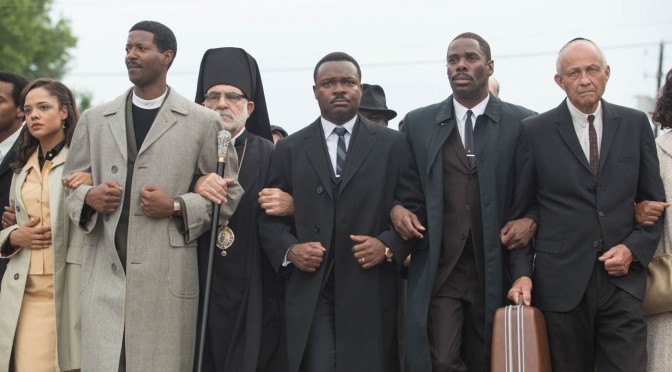 Cinema For All is committed to providing a range of materials and resources to help you provide a better experience for audiences with disabilities.

We have recently developed a series of resources and case studies that are designed to help you become more informed and gain a better understanding of how to make your screening venue more accessible for audiences who are deaf or hard of hearing. You can find the full set of resources on our advice pages.

In this extract from the materials, Priscilla Igwe, the facilitator of 888 Film Club, tells us about how the group got started, challenges and highlights and offers tips and advice to anyone thinking of starting a community cinema at their deaf club. Cinema For All is a proud supporter of the 888 Club’s film screenings.

About 888 Club: 888 Film Club (‘888’ refers to the old Teletext code to access subtitles) is a BAME deaf film club formed by a BAME Deaf Forum in London.

What made you want to start screening films?
There was, and still is, a lack of places where deaf people from a BAME background can congregate and watch films that reflect some part of their culture. One member complained that you don’t even get trailers with subtitles so how are we supposed to know if we like the film, let alone know what it is about? BAME deaf people are largely invisible in society and going along to cinemas on their subtitled days usual means watching mainstream films that are about the white mainstream hearing world, which can be fine – but not all of the time. It is important for all minority groups to see themselves on the big screen, ideally with positive reinforcement to help the audience to connect with their identity and to identify with other cultures. What have been some of your challenges? The challenges have been communicating with the hearing world the needs of a deaf audience and the many things that they take for granted. Deaf and hearing people not only utilise a different language but have different etiquette or protocol about things that can lead to misunderstanding, so good facilitators are necessary. There are also different degrees of deafness and different sign language ‘accents’ to navigate, but ultimately we have to take on feedback along the way and adapt as much as possible. Since we are yet to be a constituted group, we are in the process of working this all out and it takes time finding core values and then agreeing how to execute them.

What have been some of your highlights?
888 Film Club launched during TNB BHM 2015 which made it the first ever integrated deaf and hearing BHM event in the UK. It was hugely successful with over 350 people attending (which almost created some health and safety issues as the bar area at the venue became overcrowded). Having BAME Deaf and hearing people mix equally (enabling families to enjoy the event together) was a great achievement and people literally came down from as far and wide as Wales and Manchester to socialise and watch Queen Nzinga: African Warrior Queen (a film that was already subtitled because it is in Portuguese). The advent of social media has been a powerful tool for us and brought an already tight knit community closer together. We made promos that we have signed ourselves and uploaded to Facebook, which has proved an effective method of marketing and led to such an amazing turnout. An underlying objective is also to teach the public sign language and there was some success in introducing audiences and the cinema staff finger spelling thereby raising deaf awareness.

How important is it to the 888 Club to screen films?
It is vital that 888 Film Club screen films because it is a light touch way to reach many people at one time with the depiction of what is like to be BAME and deaf and so hopefully it will increase tolerance and understanding. Likewise, it is important that BAME Deaf people interact more and take their place in wider society, instead of remaining isolated or forgotten. We need to build confidence within the group because when you are excluded for so long, it is hard to feel that your voice is valid e.g. it took convincing for the members to even sit on their own panel discussion following a screening because they assumed their critique of a film was not informed enough. A key imperative for 888 Film Club is to create a legacy through archival film because BAME deaf history is practically non-existent in the UK. There is currently a severe lack of role models to reference, so the group understands that there is a lot of research that has to undertaken but that they also have the responsibility of becoming their own role models too. Thankfully, UCL Ear Institute and Action on Hearing Loss, British Deaf Association are interested in working with us to secure funding to make that ambition a reality.

Has anything changed at the 888 Club since screening films?
The pilot season of the film club started in Jan-Mar 2016 and we know that from the launch we need to respect the space that we have been given by Stratford East Picturehouse and make sure that the screening and any subsequent events are properly ticketed. We have to focus on which members of the group have the time to dedicate to marketing, audience development, programming and the evaluation of the whole process. We have to be sensitive to the cultural differences within the group and pay attention to small details e.g. ensuring we literally cater for a cosmopolitan cuisine. We need to address the fact that deaf audiences may have been poorly educated and therefore screening English subtitles, when a section of the audience is illiterate and added to that, English is their second language, is quite a challenge. However, pleasing everybody is also impossible in the hearing world and meeting all kinds of access needs for this film club is a work in progress so that is why we are keen to experiment with the programme so at least the majority get a taste of everything. This has led us to consider screening silent films like Sidewalk Stories, (which inspired the The Artist) and the controversial Eastern European feature The Tribe (which has no subtitles and the sign language is Ukrainian). So from the launch, invaluable lessons were learnt about the amount of support we require, above and beyond communication support, whilst still remaining empowered to govern the film club with a high level of autonomy. It is too easy for well meaning hearing people to take over when they are only trying to help but being an independent entity and self-sufficient is something we must come together to strive for.

What would you say to other deaf clubs who might be thinking about screening films to an audience?
First of all, have a strong vision about who you are and what you represent and brand that accordingly. Be aware that you may have the added access costs e.g. use of British Sign Language interpreters depending on if you want to have introductions, panel discussions, Q&As etc. Use funding as seed money and look at innovative ways to become resilient. Understand your relationship with the hearing world and realise that there might be some compromises along the way in sustaining a productive relationship. Finally, like with all things, training is essential to be proficient in all areas from event management to bookkeeping and not to always rely on outsiders. Take the help that is out there for other films clubs but as much as possible, build up your self-esteem to know that you can do this and that there is an audience just waiting for you to start!